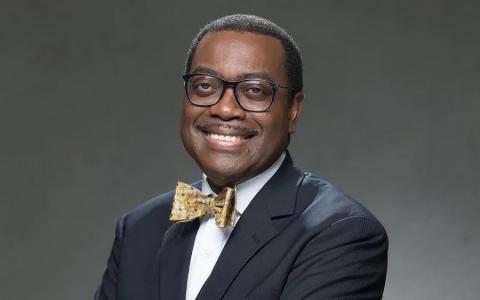 Akinwumi A. Adesina (1960) is the President of the African Development Bank Group. Formerly the Nigerian Agriculture Minister, Dr Adesina was first elected President of the Bank Group on 28 May 2015. He was re-elected for a second five-
year term on 27 August 2020. Often described as “Africa’s Optimist-in-Chief”, Dr Adesina is widely lauded for his visionary leadership and passion for Africa’s transformation.